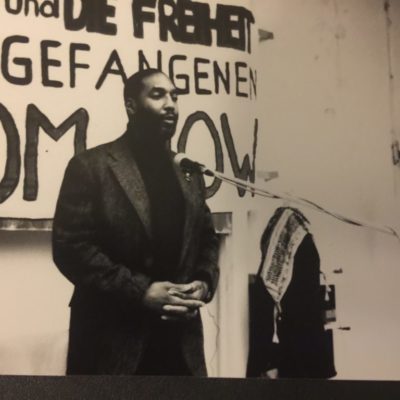 To the Editor of the New York Times:

Your editorial of August 24, 1989, “The Black Panther’s Two Paths” proved once again that the aversive face of racism still relies firmly upon half-truths and distortions of the Black Experience in America and that the white media is as dedicated as ever to perpetuating such distortions.

The simplistic “two path” editorial premise offered in your eulogy to the late Huey P. Newton, co-founder of the destroyed Black Panther Party, revealed more than it intended to conceal.

Your editorial was obviously written to make your white middle-class readers (and those “blacks” who share both their cowardice and illusion) feel safe. Perhaps closing the chapter on the Panthers and the threat they represented to red-white-and-blue sensibilities can reconcile all of the injustices done and lies portrayed as “news.” Indeed the unwary reader who has never lived through the terror of racist government repression, who has never struggled on the front lines of the “Black Liberation Movement” in the U.S. and consequently has not confronted the legitimized lawlessness and brutality of the instruments and agents of white privilege and power could never imagine that the classic nationalist message of Black power, Black pride, self-determination, community control, is something that white America has historically sought to purge from the minds of African-American youth by means of murder, false imprisonment, intimidation, etc. of Black activists and leaders.

Your editorial failed to mention the third “path,” that of the black political prisoner in the U.S., some former Panther leaders (such as myself, Elmer “Geronimo” Pratt and others) were forced to take as targets of the racist and politically repressive Counter Intelligence Program (COINTELPRO) (which curiously the Times never once mentioned in either its obituary on Huey Newton or in its August 24th editorial). The U.S. has always reserved its most racist, brutal, and unjust treatment for people of color who will not compromise their principles or barter away their humanity. The victims of the racist “campaign of repression that, within a few years, put the Panthers out of business” as your editorial so glibly put it, still languish in prisons today, largely ignored by the white media. Clearly the tyranny of racist majority values and rule can be, and are, portrayed as the democratic and social ideal that African-Americans must live and die by.

Huey Newton was destroyed long before he died on an Oakland ghetto street. Newton went to prison in 1968 as a symbol of uncompromising resistance to subjugation by racist police violence. Racist and violent America could tolerate no such symbol for Black wo/manhood. COINTELPRO destroyed Newton while he was imprisoned and afterwards helped render him a paranoid egotistic drug abuser incapable of serving the interests of his own people. This is what white America wanted, and this is what white America achieved. Newton’s death is therefore not only a metaphor for a generation of Black men and women who responded to the FBI-engineered assassinations of Dr. King and Malcolm X with militant determination to be black and free, but also a commentary on the current state of the African-American community. a community inundated by design with drugs, crime, high unemployment, homelessness. This is what white America wanted when its instruments of repression destroyed the Panthers and this is what haunts white America today.

It wasn’t Huey Newton, who couldn’t quite make the turn toward white male middle-class respectability, who was the loser as your editorial suggests, but a racist society which refuses to turn away from its sickness and toward the truth. At least Newton, at one point in his life, possessed the courage to stand up and bear powerful witness to the truth of his people’s experience – the African-American experience – rather than to suffer silently in the thrall of racist America. The failure of Huey P. Newton was a failure of white America’s values. Indeed, to act and even fail shows courage; the greatest tragedy is to be an accomplice in one’s own oppression.

Dhoruba Bin Wahad; formerly R. Dhoruba Moore, was a New Black Panther Party leader who served 19 years of a 25-years-to life sentence for the 1971 wounding of two policemen. Shortly before his arrest, he had been acquitted in the 1969 Panther 21 conspiracy case which drew nationwide attention.

On March 1990, his conviction was overturned by a New York State Supreme Court ruling; based on the withholding of evidence by the prosecution. And on March 22, he was released on his own recognizance. As LOOT goes to press, tile Manhattan District Attorney’s office is considering appealing the decision or instituting a new trial. It seems likely, however, that the charges will, finally, be dropped.