Beggars On Horseback: Creating a Pan-African Power Paradigm for the 21st Century 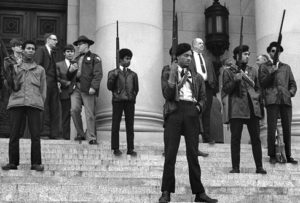 CREATING A PAN AFRICAN POWER PARADIGM FOR THE 21ST CENTURY

This is an Essay on Africa written on the eve of the 21st Century. Initially penned while the author was living in Africa as a cofounder of the Institute For the Development of Pan-African Policy, IDPAP, this essay was intended to serve as that NGO’s Geopolitical, and Economic Overview at the time. Though written in 1998-99, much of what now besets Africa, the AU, and African leaders have their roots in the Historical analysis presented here. Because of its length, “Beggars On Horseback” will be reproduced here in three parts, the last of which will address the current Western, U.S., and Chinese expropriation of Africa’s strategic minerals and resources under the Rubric of Globalization, and the “War on Islamic Extremism or “Terrorism.”     DBW

END_OF_DOCUMENT_TOKEN_TO_BE_REPLACED 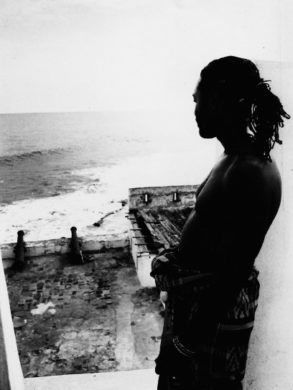 COINTELPRO, presumably set up to protect national security and prevent violence, actually engaged in other actions “which had no conceivable rational relationship to either national security or violent activity. The unexpressed major premise of much of COINTELPRO is that the Bureau has a role in maintaining the existing social order, and that its efforts should be aimed toward “combating those who threaten that order.”

This meant that the Bureau would take actions against individuals and organizations simply because they were critical of government policy. The Church committee report gives examples of such actions, violations of the right of free speech and association, where the FBI targeted people because they opposed U.S. foreign policy, or criticized the Chicago police actions at the 1968 Democratic National Convention….

Another 14 percent of the documents concerned draft resistance and “leaving the military without government permission.” The remainder – only 15% – concerned bank robberies, murder, rape, and interstate theft.

Among the 34 cases [of infiltration] for which some information is available, 11 involved white campus groups, 11, predominantly white peace groups and/or economic groups; 10, black and Chicano groups; and two right-wing groups.”

Furthermore, “in two-thirds of the 34 cases considered here, the specious activists appear to have gone beyond passive information gathering to active provocation.”

Long time Freedom Fighter and former political prisoner Dhoruba Bin Wahad penned a serious history lesson for all of us to soak up and grow on.. It covers the the case around the Panther 21, The BLA, the early merging of the FBI and local police departments and how they worked overtime to cause a split in the Black Panther Party. Read this and read it again. Reflect and then come back and read it again..

This Forward by Lamis Deek, Attorney

In 1966, the year the BPP was founded in Oakland California, the New York City Police Department commenced its own investigation of the Black Panther Party. Detective Ralph White of the New York City Police Department was directed to infiltrate the Black Panther Party and submit daily reports on the Party and its members. The NYPD regularly communicated with police departments throughout the country, sharing information on the BPP, its members and activities. The NYPD was also working with the FBI on a daily basis.

On August 29, 1968 FBI Special Agent Henry Naehle reported on his meeting with a member of an NYPD “Special Unit” investigating the BPP. SA Naehle acknowledged that the FBI’s New York Field Office (NYO) “has been working closely with BSS in exchanging information of mutual interest and to our mutual advantage.”

An FBI “Inspector’s Review” for the first quarter of 1969 shows that the NYPD, in conjunction with the FBI, had an “interview” and “arrest” program as part of their campaign to neutralize and disrupt the BPP.

The NYPD advised the FBI that these programs have severely hampered and disrupted the BPP, particularly in Brooklyn, New York, where, for a while, BPP operations were at a complete standstill and in fact have never recovered sufficiently to operate effectively. A series of FBI documents reveal a joint FBI/NYPD plan to gather information on BPP members and their supporters in late 1968.