Adding Insult to Injury:  Media Bias Against Dhoruba Bin-Wahad and Other Political Prisoners 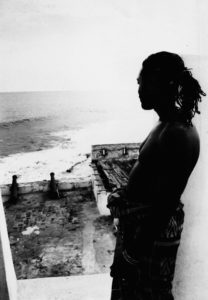 While the corporate (and white-controlled) media often renders people of color either invisible or criminal, the coverage of imprisoned political activists of color intensifies these distortions.

Were such people jailed in any other country, the U.S. media would correctly consider them — convicted on either fabricated allegations or “criminal” charges for clearly political acts — to be political prisoners.

According to the New York-based Center for Constitutional Rights, there are currently more than 100 U.S. political prisoners, the majority Black, Puerto Rican and Native American. Only occasionally are their cases covered even minimally (usually just upon conviction), and the rare, hard-hitting investigative stories face strong right-wing attacks. Consider, for example, the case of Dhoruba Bin-Wahad (formerly Richard Moore), a Black activist imprisoned in New York from 1971 to 1990.

A vitriolic Wall Street Journal editorial (2/7/92) endorsed several Republican Senators’ attack on the Public Broadcasting System (pbs) for its “stream of left-wing documentaries… with such suggestive and compelling titles as ‘An Act of War: The Overthrow of the Hawaiian Nation’ or ‘Warrior: The Case of Leonard Peltier’” (a Native American political prisoner whose release has been advocated by 50 U.S. Congressional Representatives, and Amnesty International). Exhibit A, excoriated no less than three times in the editorial, was “Citizen Dhoruba,” which the Journal labeled “a documentary extolling the virtues of a former Black Panther convicted of shooting two New York policemen.” (The editorial sarcastically noted that the Republican assault on independent journalists “of course, has raised cries and screams of censorship”!) A similar PBS bashing column by the Heritage Foundation’s Laurence Jarvik, also citing “Citizen Dhoruba,” appeared in the Los Angeles Times (4/6/92). In reality, this documentary, not even completed yet—will tell the story of how Bin-Wahad’s 1973 conviction (in his third trial) was based on perjury.

This latter fact—uncovered through relentless Freedom of Information Act litigation by Bin-Wahad, while serving 19 years of a 25-years-to-life sentence, together with his pro bono attorneys—persuaded a New York State judge to overturn the conviction and release Bin-Wahad in March 1990. The documentary also places the government’s manhunt and arrest of Bin-Wahad in the context of the FBI’s massive, illegal campaign called COINTELPRO(Counterintelligence Program) to destroy radical political groups, especially the Black Panther PartyFBI documents list Bin-Wahad as a key COINTELPRO target.

The 1970s criminal trials of Bin-Wahad and other Panthers still imprisoned on similar charges all got massive, pro-prosecution publicity. But their two decades of struggle for vindication and release—cases that have drawn substantial community support and that have been likened to that of South Africa’s Nelson Mandela—have hardly merited a word from the corporate media.

On December 19, 1991, the New York State Court of Appeals, by a 4-3 vote, reinstated Bin-Wahad’s conviction, insisting that to void his conviction, he must prove that the evidence withheld by the prosecution was crucial. The New York Times article the next day, “State Appeals Court Narrows Right to a New Trial When Evidence Is Withheld” (12/20/91), covered the decision almost exclusively in terms of the narrow legal issue involved—indisputably important and precedent-setting—with no reference to COINTELPRO’s involvement in the case.

But after that decision, nearly all mainstream coverage of the case ceased. While Bin-Wahad continued seeking legal redress as prescribed by the Appeals Court, the Manhattan District Attorney sought Bin-Wahad’s rein- carceration, despite two years of law-abiding behavior and appearance at his hearings. On February 6, 1992, a lower court judge scheduled a hearing on this request, over the objections of Bin-Wahad and his lawyer, who had a schedule con ict that day. Over 80 supporters packed the court, and at the last minute the judge postponed the hearing for a week.

The only media coverage of this was a tiny article in New York Newsday (“Ex-Panther No-Show,” 2/7/92), highlighting Bin-Wahad’s nonappearance without explaining that he would have been forced to proceed without a lawyer. The report sensationally declared, “Bin-Wahad’s absence prompted speculation that he intends to leave the country and will not appear for a newly scheduled date in Manhattan Criminal Court next week.” A brief letter to the editor published 2/12/92 attempted to correct the record, noting that “nowhere in your three-sentence account is it mentioned that Dhoruba is challenging his conviction as a political frame-up” and adding, “Recall that none other than Nelson Mandela, on his 1990 visit to New York City, embraced [Bin-Wahad] on the dais as a political prisoner of the U.S.” (Tellingly, just as Bin-Wahad was about to speak that day, the live ABC coverage cut to a commercial break, which lasted through his remarks and the Mandela embrace.)

But neither Newsday nor any other corporate media covered Bin-Wahad’s appearance in court the following week—in which the judge rejected the prosecutor’s request and allowed Bin-Wahad to remain free without bail, as 300 supporters rallied in front of the court. Only alternative Pacifica radio station WBAI-FM and the Black weekly Amsterdam News covered the story (“Defiant Dhoruba scores big victory in the courts,” 2/26/92). Contrast this mainstream media boycott to the front-page New York Daily News story (5/18/92),”Rally Round the Don; 700 Demand New Gotti Trial,” about a demonstration supporting a more well-connected prisoner, Mafia leader John Gotti.

On March 25, 1992, the New York Times, abc’s Nightline, and other major media gave prominent (and much deserved) coverage to the case of two Black men in California who had been released after spending long terms in prison, falsely convicted of murder. While referring several times to the fre- quency of such incidents of police frame-ups, there was no mention—much less separate coverage—of the almost identical cases of Bin-Wahad and other former Black Panthers accused of shooting police. Among these are Geronimo ji Jaga Pratt (now 21 years into a life sentence in California, a case adopted by numerous Congressional Representative and Amnesty International), the New York 3 (also 21 years into life sentences and pursuing court proceedings to overturn their convictions), and Mumia Abu-Jamal (the first U.S. political activist since the Rosenbergs facing execution after his 1982 conviction by a nearly all-white jury in a Philadelphia trial with many prosecutorial irregularities).

The corporate media’s exclusion of Black political prisoners, and more generally, grassroots African American voices, became especially glaring in the coverage of the Los Angeles and other urban uprisings after the Rodney King police beating verdict. On May 1, 1992, the Phil Donahue Show had a panel discussion on the verdict’s aftermath. Bin-Wahad, one of several Black community spokespeople on the panel, cogently explained the basis for Black rage. Yet never in any of the other numerous TV panel discussions or news programs was Bin-Wahad or anyone else with his radical, grassroots perspective asked to appear. Whatever critique of media narrowness can be made in “normal” times takes on much greater urgency when cities are burning. The public deserves and needs to hear the voices of those who can personally explain the origins of the rage that spawned one of the largest U.S. uprisings in this century.