Former political prisoner, member of the Black Panther Party and Black Liberation Army Dhoruba bin-Wahad was back with us to discuss his latest essay “A History Through the Life of Dhoruba Bin-Wahad” which is meant in part to redirect focus from a hashtag to a movement. We talked also about COINTELPRO, policing, electoral politics, Angela Davis, Black Lives Matters, and much more! Find the essay and more at: https://imixwhatilike.org/2020/07/24/…

Dhoruba bin Wahad was part of one of the most popular civil rights movements of the 21st century, namely the « Black Panthers » and one of the founders of the radical and militant group of the « Black Liberation Army ». This black activist became the target of a conspiracy launched against him by the FBI, the CIA and the Police and was incarcerated for a crime he didn’t commit. In the beginning of the 1990s, two jewish lawyers managed to prove his innocence and Dhoruba could finally be freed, after 19 years of prison. Careful readers would wonder, at this point, why we insisted on writing the religion of the 2 lawyers. The reason why it is an important element, is that Dhoruba bin Wahad, who was invited, at the age of 73, to give a conference in front of students and to reflect about his life and his concepts of « New Age Imperialism » and « Democratic fascism » at the University of Vienna has been forbidden to speak… In the background of what looked like an intrigue against him: the Austrian National Union of Students, which also used the Union of Jewish Students’ support and started propagating lies in order to tarnish Dhoruba bin Wahad’s image, by depicting him as an Antisemist and an ex-criminal activist. Despite the sadness of this incident, Dhoruba bin Wahad does not want to give it too much attention : in our interview, you will hear what a man has to say about America, about Humans and their Socialization. His historical analysis of the World is fascinating. His words are bigger than us.

Dhoruba Bin-Wahad spoke about the events ahead of the moment he joined the Black Panther party, which he later became a leader of. He explained that his mind was opened up to different movements while he was spending five years in jail in Comstock, New York. It was in prison that Dhoruba started learning about activists like Malcolm X, whom he had never heard of before. It was at rally at the Pentagon that Bin-Wahad started getting more interested in finding out information about the Black Panthers. However, he didn’t join the group until 1968, the day after Martin Luther King Jr. was killed. Check out more of what Dhoruba Bin-Wahad had to say in the above clip, including how heroin ruined his neighborhood in the Bronx growing up. 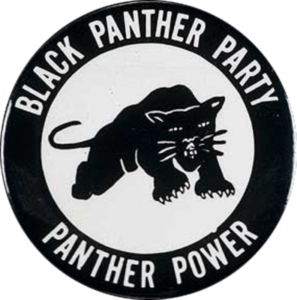